Our poster from the UW WisCores 2020 event in February

Matrix Assisted Laser Desorption/Ionization is a method of transferring large, labile molecules into the gas phase as intact ions. The technique involves mixing the analyte of interest with a large molar excess of a matrix compound, usually a weak organic acid. This mixture is placed on a vacuum probe and inserted into the time-of-flight mass spectrometer for laser desorption analysis. This technique of sample preparation allows for precise and fast molecular weight determination of peptides, proteins, carbohydrates, nucleic acids, synthetic polymers or other compounds up to several hundred kDa.

In the electrospray ionization (ESI) process, a flow of sample solution is pumped through a narrow-bore metal capillary held at an electric potential of a few kilovolts relative to a counter electrode. Drops of the solution, emerging from the tip of the needle, spray as a mist of very fine, charged droplets. As these charged droplets evaporate in a flow of a warm drying gas, the increasing coulombic repulsive forces exceed the surface tension causing the droplets to undergo fission. Successive fission ultimately gives rise to droplets containing a single solute molecule that retains the droplet charge left as the remaining solvent evaporates. Multiply charged ions are commonly observed. This spraying ionization process takes place at atmospheric pressure (API).

Electrospray MS can be coupled to high performance liquid chromatography (HPLC) using a microbore HPLC column or a packed capillary LC column. This reduces tedious sample preparation and sample loss during preparation. An enzymatic digest of protein can be analyzed by LC/MS for peptide mapping. LC/MS can be used for the quantitative analysis of trace samples including metabolites or contaminants. LC/MS/MS is almost the best method available to study pharmacokinetics, the fate of drugs, pesticides and insecticides. Not only can it quantitate the amount of specimen in a mixture but also elucidate the structures of the specimen.

Fragmentation is virtually absent in electrospray mass spectrometry, but can be deliberately induced by MS/MS techniques. Tandem MS/MS employs collision induced dissociation (CID) to fragment a precursor ion. For a sample mixture, the first quadrupole mass analyzer generates a spectrum of ions. The ion of interest is then selectively transmitted into a collision cell, containing an inert gas, which permits its collision with the selected ion. The fragmentation is caused by collision-induced dissociation (CID) and resulting ions are then mass analyzed in the final mass analyzer as product ions. Structural information can be derived from these fragments. Applications of tandem mass spectrometry are found in the structure elucidation of small organic molecules, carbohydrates, nucleosides, oligonucleotides, fatty acids, lipids, DNA and RNA adducts, etc.

In the past a few years, electrospray mass spectrometry has been playing an increasing role in determining peptide sequence. Mass spectrometry provides an efficient approach to identifying a known protein or finding a specific short sequence of a peptide. A CID mass spectrum will also reveal the location and amino acid position of the posttranslational modification. The success of tandem MS in protein sequencing is that the CID technique cleaves the peptide bond and generates a series of ions with increasing masses. The mass difference between consecutive ions reveals the identities of the consecutive amino acids. In electrospray mass spectrometry, structural information on selected species is usually obtained through collision-induced dissociation on the doubly charged ions using low collision energy.

The ESI mass spectrometers are compatible with most biological materials with their molecular weights up to approximately 60 kDa. The MALDI-TOF instrument is less useful at low molecular weights due to matrix interference, but has a theoretically unlimited mass range. The samples should be soluble in aqueous solvents (water, methanol, acetonitrile) and prepared with greater than 5 pmol/µL concentration. 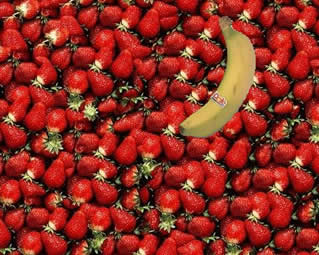 1) Identification of proteins from some source

3) Finding post-translational modifications of a protein

We have several tools for database searching in house, such as MASCOT and Spectrum Mill, and users may use these to review their data online.

Differential protein expression projects may use the gel electrophoresis services and use PDQuest to find spots that change in intensity.  We also have expertise in using isotope labels for differential proteomics including ICAT, ITRAQ, 18O and metabolic labeling.  We have peak extractor scripts to determine ratios of peptides from the different conditions and our database tools can be modified to get protein ID using different labeling strategies.

Finding modifications to protein sequence often requires a larger amount of purified protein than a simple ID.  Intact protein measurements can indicate the extent of a modification.  Running unmodified proteins can serve as a control. Using multiple enzymatic digestions can increase coverage which increases the chance of seeing a modified peptide.  Computers are available in the facility which give users access to raw data which they may use to search for modifications.

Targeted Metabolomics projects seek to quantify selected small molecules from a biological source. Methods are optimized using authentic standards and determination of either relative or absolute concentrations are possible.

Our methods are designed to take advantage of triple quadrupole LC/MS/MS instrumentation or GCxGC-EI-MS.Targeted Metabolomics projects seek to quantify selected small molecules from a biological source.

Methods are optimized using authentic standards and determination of either relative or absolute concentrations are possible.